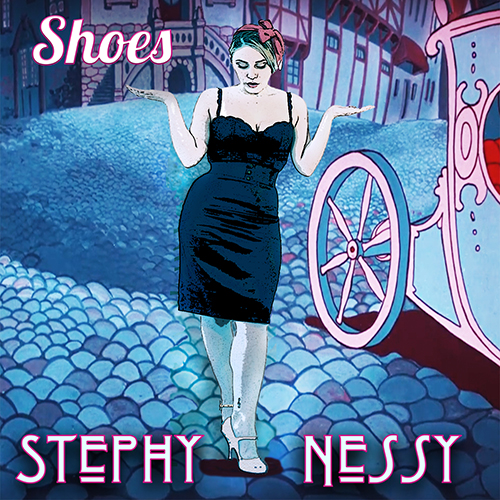 “Shoes” is the title of the new single by Stephy Nessy, which is now available on digital stores and on YouTube.
Stephy Nessy started his career as an electro swing singer with a modern rendition
of the classic Italian song Mambo Italiano. After her debut, she is now out with this powerful and cheerful original tune titled “Shoes”.
The video, which is available on her Vevo Channel, is derived from a 1934 cartoon and tells the story of Poor Cinderella.
“This version of Cinderella is very electro swingy”, says Stephy Nessy “besides, it suits me perfectly” she continues while giggling.
The lyrics are about the irresistible wish to have a new pair of shoes, which is common to every girl, as if a simple pair of shoes can make your dreams come true and help you find Mr. Right.
The single, including radio edit and extended version, is out on label Maxy Sound and available to download or streaming. 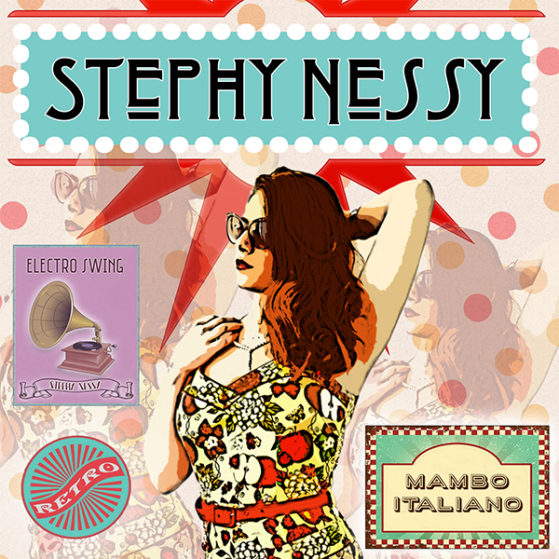 “Mambo Italiano” is the first electro swing tune by Stephy Nessy.
Close your eyes and imagine a smoky bar. A couple of ice cubes slide into a glass of Whiskey. A pin-up girl passes you by, eyes you up and inserts a coin into a colorful jukebox.
The sound of a mambo blares out but this not a proper mambo. This is electro swing, so it’s time for Mambo Italiano!
This new version of Mambo Italiano was recently published by Stephy Nessy and produced by Max Titi on label Maxy Sound.
It includes electronic instruments combined with horns, double bass and acoustic drums giving the tune a unique flavor and an overpowering groove.
Everyone can not resist but dance as it happens to the characters of Stephy Nessy’s new music video.
“Mambo Italiano” is a song composed by Bob Merrill in 1954 and performed by Rosemary Clooney (George Clooney’s aunt) and other artists such as Dean Martin, Tyler Tinsey, Alma Cogan and Bette Midler.
The song is also featured in the movie “Scandal in Sorrento” released in 1953 and starring Sophia Loren.
Everyone dances and get carried away by this groovy mambo, but every person does that their own way.
It’s a celebration f beauty in a wonderful cultural melting pot where music is able to originate the same emotions in human beings, regardless who thoey are, where they come from or where they live.
Stephy Nessy is an Italian electro swing singer. Her musical influences range from Parov Stelar to Caravan Place, to Caro Emerald and Tape Five.
Stephy’s passion for the music from the 50s and 60s, Marylin Monroe, pin-up girl style have led her to imitate their sexy and breezy style and certainly to sing the big hits of that era, but in a more modern and sophisticated way.
Thanks to this explosive song Stephy Nessy begins her carrier as an electro swing singer and this one will be the first of a long series of tunes that promise to make people enjoy and dance. “My grandparents lived in had times and swing music gave them happy moments” says Stephy, “I’ve always felt I wanted to celebrate this great music but I’ll do it my own way”.
Other than being busy playing gigs around Italy and recording her first studio album, Stephy is a nurse and promises she will give everyone a good electro swing injection!! 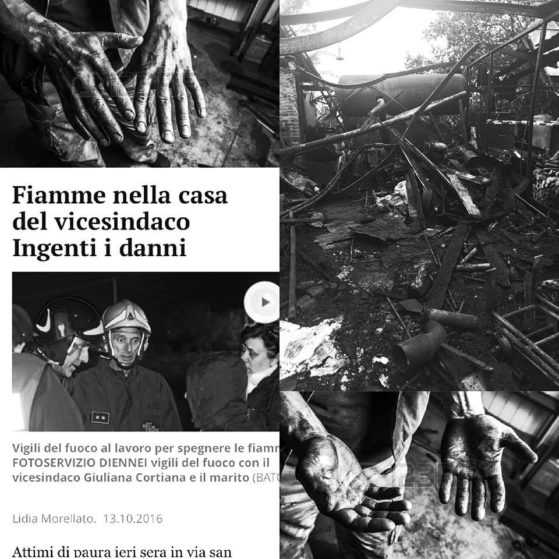 When you feel over the moon and energetic, life might put a huge strain on you.
On the 12 October of last year, my home was completely destroyed by a fire.
That was the house where I used to live with my family and where I grew up. Besides, misfortunes never come alone….
Since then my life has become more difficult but, after a short stint of astonishment and discomfort,
I kept on going to the studio to record new songs. I was even stronger and more motivated than before.
My mind revolved around just one thought: music is my savior, my biggest passion and my safe heaven.
Isn’t it great to see that life wins in the end? 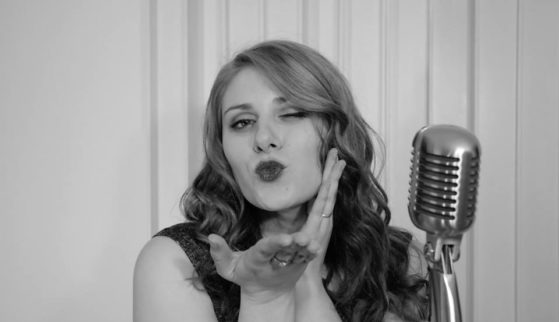 We got down to work like crazy immediately, enthusiastic like children dealing with a new toy. Swing, Swing, Swing; listening to Parov Stelar, Caravan Place, Tape Five and old Italian performers who become popular in the States, as we also wanted to give our project an Italian vibe. So, many songs were born, including “Mambo Italiano” in an electro swing version which is neither too “Mamboish” nor to “Swingy”. It’s got a great groove and it’s very well sounding. The enthusiasm, which gave us the first push, is still kicking and very much alive. I’m looking forward to having you all listening to my first single and showing you my new identity as an electro swing singer. A big hug!! 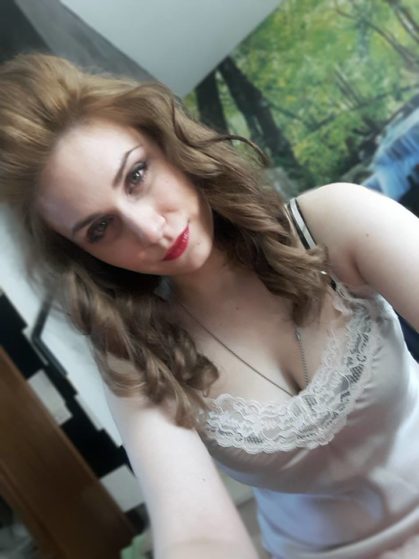 Sooner or later the chickens come home to roost!! After a while I had been singing songs I didn’t really feel I fell into a crisis. One day my producer Max Titi told me:” What did you like when you were a little girl?” I recalled Marylin’s movies, all my 40’s style dresses that I’ve collected for years, my father’s Lambretta and my big passion for Swing Music. I said: “Yes!! I’ve got it!! I love swing!” – “Swing is old-fashioned, though! Isn’t it?”. “Yeah It might be considered old, unless we fuse it with electronic music, in that case it becomes Electro Swing!!” Max replied.

I went out of the studio with tears in my eyes. What I really wanted to do has always been so evident but for some reason I didn’t see it.

Sometimes it happens that the best things for us are just under our eyes. Until you realize it they are somehow hidden. Have you ever experienced something like that? 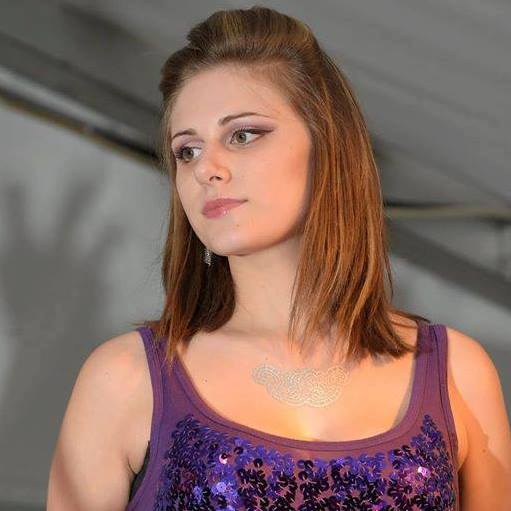 It all began some years ago when I started producing songs and videos I used to put on Youtube. Adele and Cristina Aguilera were my heroes so I used to sing their songs. Although I had a fairly good success, after a while a realized that It wasn’t me.
Did you happen to do something with good results but feeling that it’s not the right thing for you or something you properly feel?

When this happens, it's usually because the owner only shared it with a small group of people, changed who can see it or it's been deleted.
View on Facebook
·Share